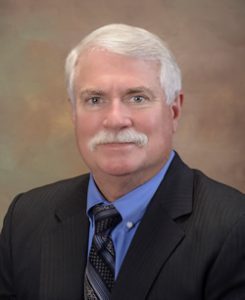 Dr. Dale Batten was born in Michigan; however he has lived in central Florida since 1960. After graduating from the University of Florida in 1975 with a Bachelor of Science degree in Chemistry, he received his doctorate from UF College of Dentistry in 1979. Dr. Batten has also completed a number of post-doctoral studies at various dental schools and universities including two, two year fellowships in comprehensive dentistry. Additionally he has fulfilled the requirements and was designated a Fellow in the Academy of General Dentistry in 1992 and a Master in 1996. He is a member of the American Dental Association, Academy of General Dentistry, Florida Dental Association (past HOD representative), Central Florida District Dental Association (past representative to the executive board), Volusia-Flagler Dental Association (past president), West Volusia Dental Study Group (past president) and a member and Officer of the Woehler Research Group, Inc. (the oldest continuously registered dental study club in the United States), Halifax Implant Study Group and the Academy of Alumni and Friends University of Florida (past board member). Dr. Batten presently is licensed to practice dentistry in the states of Florida and Montana. In the year 2004, he was selected by the consumer research council as one of America’s Top Dentists.

Dr. Batten is also very involved in the DeLand community. He has served on the boards of many organizations including the DeLand Rotary Club (Paul Harris Fellow), American Cancer Society, PAL, DeLand Museum of Art, and the YMCA. He is also a member of the New Covent Baptist Church, Lake Beresford Yacht Club, DeLand Quarterback Club, Safari Club International (life member), RMEF, NWTF, NRA, Psi Omega Fraternity, and NRCC (national leadership award) and has been selected to Who’s Who in Central Florida. He also presently serves on the Board of the Good Samaritan Clinic.

Dr. Batten, along with his wife Susie have three sons-David After graduating from University of Florida in Gainesville with a degree in Architecture. He has decided to continue his education at UCF with a Masters in Mechanical Engineering. Justin, whom is married with 3 children; a son, A.J. and daughters Lilli and Gifty, whom all reside in St. Louis, MO. Chris who is a Captain and a fighter pilot in the USMC, presently assigned to the Marine Fighter Squadron 401 also known as the “Snipers”. He is married to Mary Bradlee and they enjoy their time living in Yuma with their daughter Adeline and their other “children” Lola and Duke.

Dr. Batten has been in private practice in DeLand since January of 1982. Before that, he worked with a dental group in Daytona for two and a half years after graduating from UF College of Dentistry. In Dr. Batten’s spare time he enjoys travel, photography, hunting and fishing.

Thirty years later, he and his wife Lynn, decided to move to Central Florida to be closer to family, and is very pleased to be joining Dr. Batten’s practice since their practice philosophies are so closely aligned. Dr. Manzoli is originally from Yonkers, New York but grew up in Clearwater, Florida. He and his wife have two grown sons and 4 grandchildren and have really enjoyed living here in DeLand. Dr. Manzoli’s warmth and sense of humor are a bonus to his expertise and dedication to excellence in care in all aspects of general, cosmetic and implant restorative dentistry.

When not working, Dr. Manzoli enjoys woodworking, fishing, lots of reading and traveling.